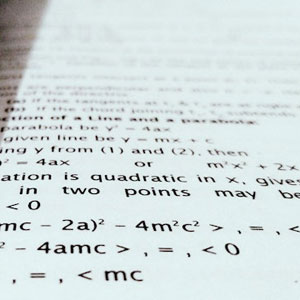 This Research Group aims to address the challenges of the algorithmic society from a Constitutional perspective. New technologies have always challenged, if not disrupted, the social, economic legal and, to an extent, the ideological status quo. Such transformations impact constitutional law, as the State formulates its legal response to the new technologies being developed and applied by the market, and as it considers its own use of these technologies. The development of data collection, data mining, and algorithmic analysis, resulting in predictive profiling – with or without the subsequent potential manipulation of attitudes and behaviours of users – presents unique challenges to constitutional law at the doctrinal as well as the theoretical level.

This Research Group will promote debate in the field of law and technology. It will focus on the constitutional challenges raised by the development of algorithms and new automated technologies which assist (if not control) decision making processes by state agencies or corporations.

The current members of this Research Group are listed below:

Aims of the Research Group

New technologies have always challenged, if not disrupted, the social, economic legal and, to an extent, the ideological status quo. Such transformations impact constitutional law, as the State formulates its legal response to the new technologies being developed and applied by the market, and as it considers its own use of the technologies. The development of data collection, data mining, and algorithmic analysis, resulting in predictive profiling – with or without the subsequent potential manipulation of attitudes and behaviours of users – presents unique challenges to constitutional law at the doctrinal as well as the theoretical level.

At issue are at least four key features of constitutional law. The first is the traditional boundaries of constitutional law, as private companies assert types of powers traditionally associated with states. The second is the jurisdictional dimension, as the multinational and transnational dimension of the cybernetic domain challenge traditional concepts of territory associated with constitutional law. The third relates to the substantive challenges brought by the new technologies that offer the ability to speak, participate and promote social change, but at the same time challenge our concepts of autonomy, as they bring about an era of heightened social control (by the State, the Market and associational establishment, like faith-based associations, alike). Algorithmic profiling may target certain viewpoints or certain communities. Decisions are often rendered by non-human agents or via non-transparent algorithmic language, often en-mass and in ways non-accessible to ordinary individuals. In that respect, our “legal technologies” of constitutional and administrative review – as a matter of doctrine, procedures and institutions – which were developed largely in the 19th and 20th century, are not necessarily adept to protect the liberty and equality values threatened by the new algorithmic capabilities. And lastly, the new social platforms offer the opportunity to (and in fact do) generate new virtual communities of values, which generate a sense of belonging, and ultimately may form novel constitutional identities, some of which are not consistent with the constitutional identity of the nation state (or of the supra-national community, such as the EU).

Historically, liberal constitutionalism has been built on a vertical dimension where the power to limit liberty is only the public one, only in given jurisdictional territory, and therefore should be constrained by the national constitution. Moreover, following the rise of the bureaucratic state, the technologies for infringing liberty or equality were thought to be containable by the exercise of concrete judicial review (either constitutional or administrative), abstract judicial review, or a combination of the above. In recent years, however, the rise of the algorithmic society has led to a paradigmatic change where the public power is no longer the only source of concern for the respect of fundamental rights and the protection of democracy where jurisdictional boundaries are in flux, and where doctrines and procedures developed in the pre-cybernetic age do not necessarily capture, rights violations in an appropriate time-frame. This requires either the redrawing of the constitutional boundaries so as to subject digital platforms to constitutional law, or to revisit the relationship between constitutional law and private law, including the duties of the state to regulate the cybernetic complex, within or outside the jurisdictional boundaries of the state.

Therefore, modern constitutional law and constitutional theory are confronted with a novel scenario, which requires going beyond the classic dilemmas of horizontal versus vertical application of fundamental rights. The time has come to critically examine the emergence of new substantive and procedural rights in order to allow individuals to be effectively aware of the logic behind an automated decision-making process (by public and private entities alike). For example, obliging private actors to ensure that the logic of an automated decision-making process is comprehensible will likely be on the EU and nation-state constitutional agenda in the near future, as will be other legal tools designed to generate incentives to develop monitoring systems to ensure that the algorithmic State is indeed kept in check. Procedurally, constitutional adjudication will confront the need to assess automated redress mechanisms in a manner that reduces the technological gap and enhances the human dimension in the algorithmic society.

The relative low level of transparency and accountability of algorithms which are programmed and developed according to the economic incentives, ethical framework and private law tools of corporate actors is salient. These actors are not obliged to pursue any public interest, and perhaps for good reason, are free to privilege private values. At the very least, therefore, serious constitutional engagement with what transparency demands from private and state actors alike is necessary. This is no trivial challenge, since the low level of transparency of automated decision-making processes results in no small part from the difficulty of the legal community and laypeople alike to understand the language and logic of machine learning and algorithmic predictions.

The transparency difficulty is further accentuated by intellectual property regimes on the one hand, and by market concentration on the other. Since information and data are the new sources of power in the algorithmic society, patterns of market consolidation risk generating technological asymmetry which gravitates to a handful of multinational private players. The state then finds itself in a peculiar position, as it becomes partly dependent on the technologies of these players while vying for a similar position with respect to the data it collects and analyses, while at the same time retaining the power (and legal responsibility) to regulate the industry and guarantee protection of constitutional rights.

These are only some of the main issues which the Research Group in question will intend to address. In particular, this Group will focus on the following research questions: how should the Constitutional State deal with new forms of private power in the algorithmic society? What are the new substantive and procedural rights which need to be recognized, and how to ensure their enforcement? How to balance innovation (and the legal incentives for business to pursue innovation) with the need to ensure transparency and protect those subject to the cybernetic complex? To what extent should new forms of public or private law tools be developed to address the challenges posed by the shift to the algorithmic society? Can transnational or comparative constitutional law (including the processes of borrowing and migration of doctrine, procedure or theory) assist in addressing these challenges?

This Research Group will promote the debate in the field of law and technology, and primarily regarding the new constitutional challenges raised by the development of algorithms and new automated technologies which assist (if not control) decision making processes by state agencies or corporations (often large and multinational) which provide key services online. This aim will be achieved by organizing international workshops, submitting book proposals to international publishers as well as actively participating in the IACL activities. As a first step, the Group will organize two workshops in Israel or in Italy, the purpose of which will be to set the terms of the research and decide on the specific collaborations. As a second step, the group plans to organize a roundtable for discussing the results of the collaboration (potentially in the format of a year-long Video Conference meetings, organized as a research seminar). The culmination of the project will include the submission of a proposal for a workshop on the topic in the next World Congress of Constitutional Law in 2022 in which the various papers will be presented, and subsequently, the submission of a proposal for an edited book (or a special law review volume) for publication.

The inaugural conference was held in Florence on from 9-11 May 2019. The Conference website http://www.algorithmicstate.eu