Cross-Judicial Fertilization: The Use of Foreign precedents by Constitutional Judges 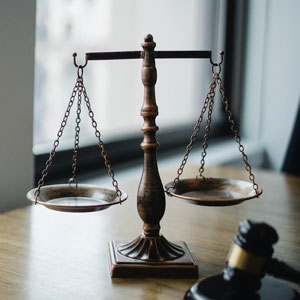 In 2021, the Group launched a new research project on the use of foreign precedents by Constitutional Judges in the XXI Century, with the aim to contribute to the next World Congress to be help in Johannesburg (South Africa) in December 2022.

The “original” research project surveyed the use of foreign precedents by Supreme and Constitutional Courts in deciding constitutional cases in 16 countries. Its purpose was to determine – through an empirical analysis, built on both quantitative and qualitative indicators – to what extent foreign case law is cited and the reliability of studies describing and reporting instances of “trans-judicial dialogue” between Courts. Some of the contributions were published in T. Groppi, M.-C. Ponthoreau (eds), The Use of Foreign Precedents by Constitutional Judges, Hart Publishing, 2013.

The purpose of the new research project launched in 2021 is to update, supplement and complete the aforementioned research. The project now encompasses 44 different countries, covering the period from 2011 to 2021. Quantitative and qualitative data for those countries that had already been surveyed in the first research project will now be updated, and 28 “new” countries, originally not included, will now become part of this new iteration of the project.

The Group considers that in the last decade the use of foreign precedents by constitutional judges has become an even more central argument in constitutional reasoning, in parallel with the growing impact of the ICT on the judicial activity and with the expansion of the trans-judicial communication.

Currently composed by 50 members, the Interest Group features the participation of scholars from several African, American, Asian, European, Latin American and Oceania countries, representing jurisdictions belonging to both Common law and Civil law traditions, and countries relying on both centralized and decentralized systems of judicial review.

The dedicated website of the research group is available at the following link https://www.academiaidh.org.mx/crossjudicialfertilization

For more information on the Interest Group, its activities and research, you may want to contact the dedicated email address (This email address is being protected from spambots. You need JavaScript enabled to view it.)